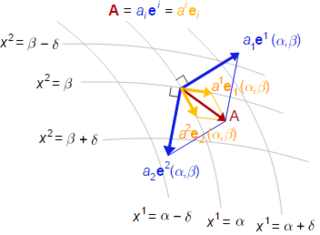 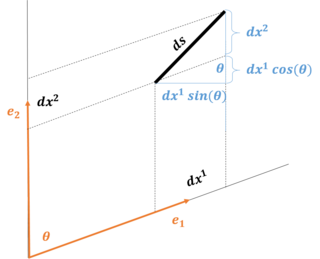 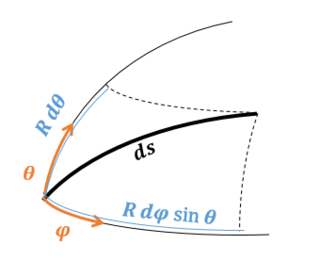 Poincare disk is an illustration of hyperbolic geometry where the geodesics (that is, the straight lines within its geometry) appear as circles or lines whose ends are perpendicular to the disk's boundary.[8]

To an outside observer, the disk would appear as a finite 2D disk of radius

, but with a non-Euclidean metric. Using a standard Cartesian basis as our reference basis, whose origin is at the center of the disk, we can define the metric as follows: