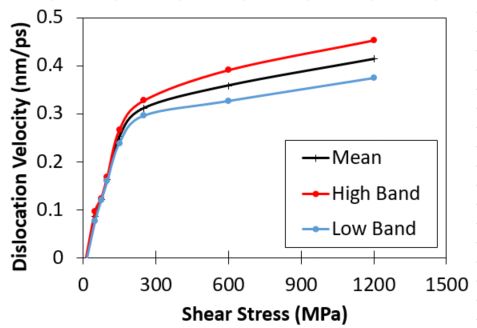 We will need to run LAMMPS to determine the dislocation velocity for an edge dislocation. This was done at several applied shear stress levels (10 to 1200 MPa). 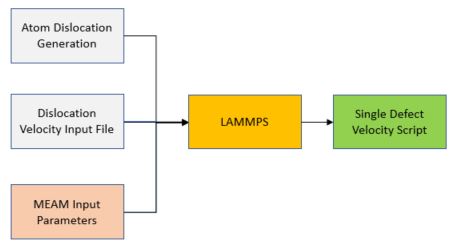