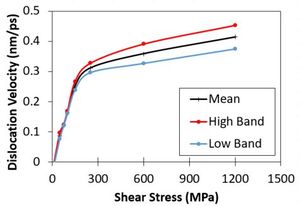 We will need to run LAMMPS to determine the dislocation velocity for an edge dislocation. This was done at several applied shear stress levels (10 to 1200 MPa) for the following cases: 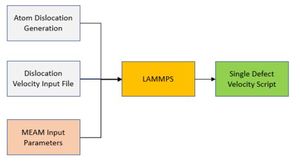