As mentioned above, two LAMMPS script files were created, “stackint1.txt” and “stackint2.txt”. To run the script, open a command window (using CMD command in the case of Windows systems) and change the directory to the location of your LAMMPS program. At the prompt type the command "lmp_win_no-mpi.exe < filename.txt" in a Windows environment and hit return. Here, "lmp_win_no-mpi.exe" refers to the LAMMPS executable and filename is any of stackint1 or stackint2. Below is shown the script of these two file: 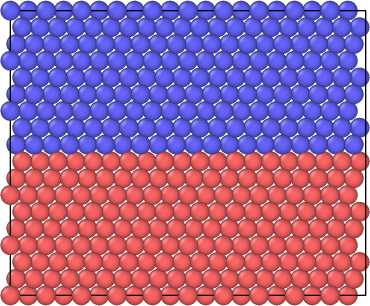