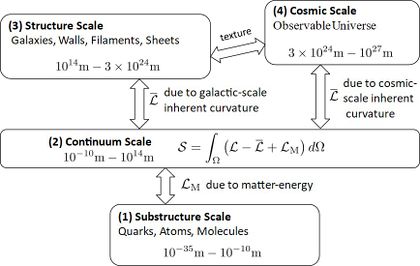 In the context of the Lagrangian formulation of gravity, the inherent structure of space figures as the additional term $\bar{\mathcal{L}}$ in the following modification to the Einstein-Hilbert action integral,